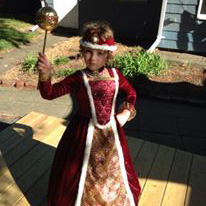 My daughter says she can’t dance. Every time she says this, I tell her why that is:

Dancing like a banshee with wild abandon to drums, while I can count on one hand how many times I’ve done it, has brought me to Nirvana. I wish this for her (minus the chemical and liquid courage).

So while her friends who have been taking dance since they were three flip around parties doing whips and neigh neighs, my daughter lurks behind them holding their soda.  When she tells me (constantly) how she can’t dance, I panic.  I fear for her self-esteem.  Which is ridiculous, I am so projecting my shit; she is so much more evolved than me.